The Facts About Window Film: Will It Darken Your Orange County Home’s Windows

Here at San Francisco Window Film a lot of people come to us with questions about window film and whether or not it will darken their home’s windows.  The answer is–it really depends on which type of film you buy. In other words, the level of darkness is completely customizable. Today’s tinting products are more advanced than ever so, sun control at the expense of clarity on your windows is a thing of the past.  Read on to find out more about which films most affect the shade or clarity of your windows and which film best suits you shade preference, needs, and budget.

As stated, the type of film you choose will directly determine the level of darkness, opacity or reflectivity.  So while the choice is yours, keep in mind, the window film you choose, should offer UV protection, heat rejection, glare control at the bare minimum.  Most films offer a basic level of added security–but if you are looking for the strongest protection, a specialty security film is necessary. Below is a summary of window film levels and protection from basic to mid-range to premium, to give you an idea of what film you may need for your San Francisco home.

Basic Window Film:  In and out of the industry is called metalized or “dual-reflective” film. It is made up of extremely tiny pieces of metal which reflect and bounce heat and glare off a window-much like a mirror  This window tinting is energy efficient and also reduces heat, glare, and utility costs. The downside is its appearance– it is not always the right look for every customer because it is highly reflective.

Mid-Range Window Film: Is called dyed, pigment or hybrid window film. It employs a unique blend of dyes and pigments to absorb the sun’s heat and UV rays. This tint is energy efficient, reduces glare and solar heat gain.  It is popular because it has a less reflective appearance and a more natural look from both inside and outside. It saves San Francisco homeowners who use it quite a bit of money on the utilities. And, although it does have its limitations in very sunny or extremely hot places, in San Francisco that is not an issue.

Premium Window Film:  Modern premium window films are a mix of ceramic and high-grade metals. Ceramic is great at heat absorption, even used as an insulator on spacecraft and power lines.  It is much better than mid-range film at absorbing heat and far more attractive than basic window film. With these types of high-end films, you have so many choices in appearance too! It comes in nearly any shade or reflectivity level, even reducing your windows’ natural reflective and enhancing your view.

Watch the video below to find out more about how window film will look and work on your San Francisco home: 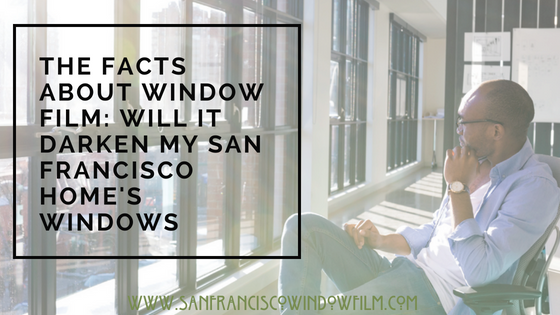 As always, you pay for what you get, so we always suggest buying the best window film you can afford.  Better window films, in the long run, will last longer and perform better on your home’s windows. For More information and to schedule a free consultation, contact us at San Francisco Window Film today! 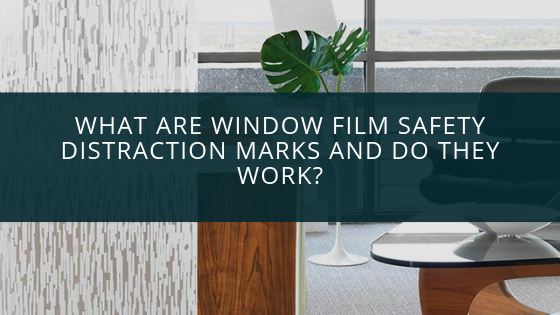 August 19, 2019 What Are Window Film Safety Distraction Marks and Do They Work? Read More